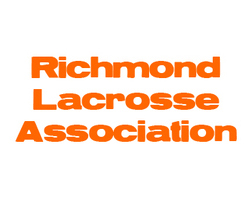 As an Association, the Richmond Lacrosse Association (RLA) operate under the guidelines set forth by the British Columbia Lacrosse Association (BCLA). The British Columbia Lacrosse Association’s function is to organize all Lacrosse activity in our province. They ensure consistency of rules and regulations throughout the province and collect dues for that administration from the member associations. They also organize and hold Provincial championships. They have divided the province into various zones or commissions to administer lacrosse at a more local level. RLA is a member of the Lower Mainland Minor Lacrosse Commission (LMMLC). The LMMLC is responsible for inter-association play of minor box lacrosse played in the Lower Mainland of BC. RLA is also a member of Pacific Coast Field Lacrosse League (PCFLL). The PCFLL is responsible for inter-association play of field lacrosse in the lower mainland of BC.

The Richmond Lacrosse Association (RLA) recognizes the fact that its primary aim is to provide the Players in the RLA the opportunity to participate in the sport of Lacrosse and, in doing so, to develop respect for the sport of Lacrosse. The RLA believes that such respect is fostered by teaching not only the skills required to play the game, but also by teaching and reinforcing the positive aspects of team sports, including fair play, sportsmanship, respect for each other and for opposing teams, respect for officials and of the rules of the game.